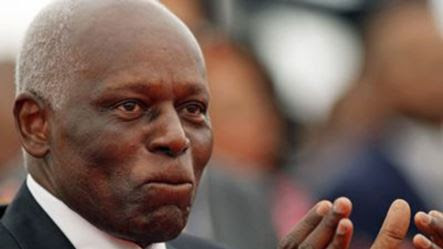 Members of the Angolan parliament and the Angolan people had hoped dos Santos would address a number of key issues of concern that have raised doubts about the government and dos Santos' ability to lead it into the future.
In recent months the government has been rocked by scandals and questions of simple competence in managing the Angolan economy.
While dos Santos admitted that his government has missed on key economic forecasts, oil production targets, and government revenue estimates; he continued to offer a rosy outlook for the future in the face of looming economic dangers that he seems determined to ignore.
For example, while dos Santos admitted that the government assumed oil prices at $98 per barrel when it made its revenue estimates, he admitted that oil prices have been falling since June.  Yesterday, the President said oil prices were actually at $89 per barrel, but this morning the benchmark price was actually closer to $83 per barrel.  While dos Santos was able to admit oil prices have been in decline, he didn't mention that they have actually nosedived by 28 percent in the past four months.
Compounding the problem, dos Santos offered no explanation as to why Angola is still so heavily dependent on oil revenues and why he has been unable to diversify the nation's economy despite years of warnigns from international economists and multilateral financial institutions. Dos Santos offered no policy initiatives to deal with the looming economic crisis that may come with the steep decline in oil prices other than vague warnings concerning future budget austerity measures.
Adding to the drama surrounding the economic storm clouds gathering over Luanda, the recent Banco Espirito Santo Angola (BESA) bank scandal and the President's involvement in that high-profile bank failure recently raised questions about the integrity, transparency, and stability of Angola's banking system.  The high profile BESA bank scandal, which stemmed from bad loans made to senior Angolan government and MPLA political party officials raised questions about the nature of those loans and the role the President played in try to cover those loans with funds from Angola's public treasury in excess of his statutory and constitutional authority. Dos Santos still has many important questions to answer regarding this matter, but he failed to provide any insights in yesterday's speech.  He even managed to sidestep questions about his niece's now-infamous husband, Bento dos Santos "Kangamba," whose homes in Portugal were searched by Portuguese law enforcement as part of money laundering investigation in which Kangamba is alleged to have laundered money from illicit activities through accounts he controlled at Banco Espirito Santo, the Portuguese parent company of BESA.
The President also failed to address key questions concerning a date-certain for local elections which were supposed to be held in 2013, or 2014 at the latest.


The President could have used his address to the National Assembly as an opportunity to open a constructive national dialogue about the important issues and challenges facing the Angolan people.  Instead, his perfunctory remarks revealed how out of touch the 71-year old dos Santos is with the Angolan people.
Publié par unitafrance à 09:20